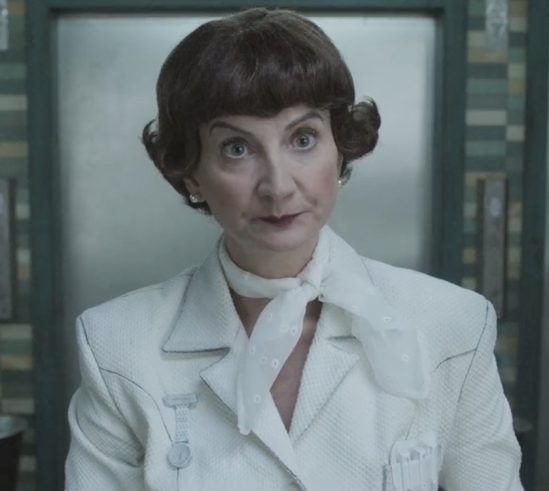 Hearing Babs’s call for 3 volunteers in the Library of Records, the Baudelaires head to her office. Yet, when they reach her office, they don’t actually see her since Babs believes that as an adult and H.R. director she’s to be heard and not seen. Likewise, children are to be seen and not heard. In addition, she explains that the most important thing a hospital does is paperwork despite being skeptical on the kids’ abilities to do any administrative work. But she accepts them anyway and gives the Baudelaires directions to the Library of Records. As they find their way around the hospital, the kids see intercoms, signs, and maps. Since there are people around who might recognize them, they sometimes face the maps on walls so no one sees their faces. They also decide to sleep in the hospital’s unfinished wing since they have no place to go. 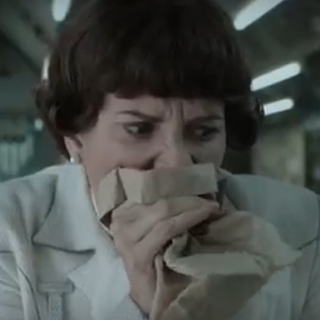 The song I used for Babs is “For My Next Trick, I’ll Need a Volunteer” by Warren Zevon. The original version uses magician allusions but it probably pertains to relationships. Yet, this version has Babs meeting the Baudelaires and complaining about her job at Heimlich Hospital.

My name is Babs, your H.R. gal
We’ve got some message from poor old Hal
So there’s one thing I’ll ask
For a new task, Hal needs three volunteers

See that you’re just three kids
Since I’m an adult, so shut your lids
But since you three came here
For a new task, Hal needs three volunteers

What’s more crucial here is paperwork
Though I’m not sure if you kids will work
But since that you three are here
For a new task, Hal needs three volunteers
It’s lonely up here
When you’re never seen
Among the all the employees
That I oversee
At this shit place
It’s lonely as hell
And you don’t get so well
From a health disgrace

Looks like I’ll have to make do
Since the record library is a boring place through
You’ll meet Hal in there
For a new task, Hal needs three volunteers