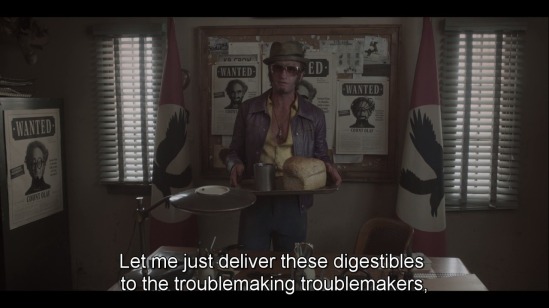 While Count Olaf offers to save one of the children to get his hands on the Baudelaire fortune, the children refuse. To make matters even more depressing, Klaus releases it’s his 13th birthday which everyone completely forgot about. Mostly because the kids are being held in a prison cell for murder. But like any teenage boy or girl, he wished to spend his birthday outside a deluxe prison cell and not awaiting to be burned at the stake the next day. But once Officer Luciana gives the Baudelaires bread and water, Violet gets an idea. After tying her hair in a ribbon, she takes a bench, pours the water on some wearing mortar, and uses the bread as a sponge. The process may take several hours but at least it’s something. 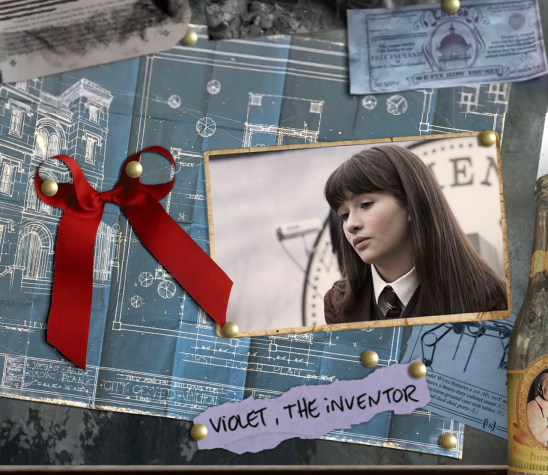 The song I chose here is David Bowie’s “Rebel, Rebel” from his Ziggy Stardust during the 1970s. The original version is known for its gender-bending lyrics. Yet, in this version, I have Violet trying to break down the mortar in a prison wall so she and her siblings can escape.

We’ve got to break out of this cell
For tomorrow, we’ll be burned to hell
Don’t fear, it’s quite alright
With these, let’s break out tonight

Klaus, go stand, I need that bench
I can use this thing to make a ramp
We’ll need help now, we need it bad
This tray has what I need and fast

The bread is hard, it may take long
But in a cell, you take what’s on

My bad, you’ve turned thirteen
For we’ve forgotten from where we’ve been
Smile Klaus, it’ll be alright
With these, we’ll break out tonight

I’ll pour water on the bench
To the weak spot on the brick wall
To loosen bricks as the mortar wears
Since water erodes clay, dirt, and rocks

With the bread sponge, we’ll soak it in
Klaus and Sunny, please pitch in

It may be all
We’ll break that wall
It may take all day, but we’ll get out and escape
I’ve got the bench, bread, water, and a worn wall
It may be slow but there’s no way to go
Cause the adults are all a bunch of useless tools
Water’ll wear the bricks
Hope that does the trick
Because V.F.D.’s full of dicks
If there’s little time to cram
Use bench as battering ram