Lemony Snicket never got over his love Beatrice. In the beginning of The Miserable Mill, he discusses how despite being engaged to her at one point, she wrote a 200-page book explaining why she couldn’t marry him, which was delivered via carrier pigeons. Not to feel bad for Lemony, but that’s the kind of stuff that doesn’t look good on his dating profile. At any rate, he never really got over her rejection of him since he dedicates each one of his books to her. Despite that she dumped him for someone else and later died. So it’s unlikely he’d be going on a date any time soon. 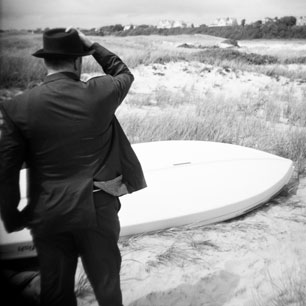 Another good song to highlight this is “On My Own” from Les Miserables. In the original version, Eponine pines for Marius despite knowing that he’s interested in someone else and will probably never even consider her as a viable love interest. So she imagines a world with him as her lover which will never be. In this version, I have Lemony Snicket basically do the same thing for Beatrice despite that she moved on and eventually died.

“On My Own” (ASOUE Version)

And now I’m all alone again
Nowhere to turn, no one to go to
Without a home, without a friend
Without a face to say “Hello” to
But now the night is near
And I can make-believe she’s here

In the rain the pavement shines like silver
All the lights are misty in the river
In the darkness, the trees are full of starlight
And all I see is her and me forever and forever

And I know it’s only in my mind
That I’m talking to myself and not to her
And although I know that she is dead
Still I say, there’s a way for us