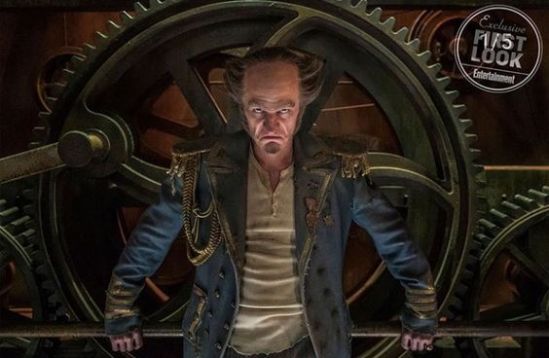 Yet, before the Baudelaires can move forward with their planned trip to Briny Beach, Count Olaf shows up with Esme and Carmelita. But he’s also brought Fernald and Fiona with a diving suit straight from The Carmelita octo-sub. Turns out that they couldn’t trust her after all. Now Olaf is reveling since they’re only minutes away from the last safe place and once he’s there, he has one or so he thinks. Fiona then reveals that once Count Olaf and his cronies destroy the Hotel Denouement, they’ll go off in search of Captain Widdershins. Of course, Fiona’s betrayal to the Baudelaires comes as a shattering shock, especially to Klaus. Granted, she’s desperate and wants her family reunited. Violet and Klaus try to reason with Fiona for she and her brother helped them escape and save Sunny. But she refuses to leave Fernald that not even a family photo could sway her otherwise. They then offer her with whatever they could like fixing the sub, Klaus’s commonplace book, and the diving helmet with the Medusoid Mycelium. 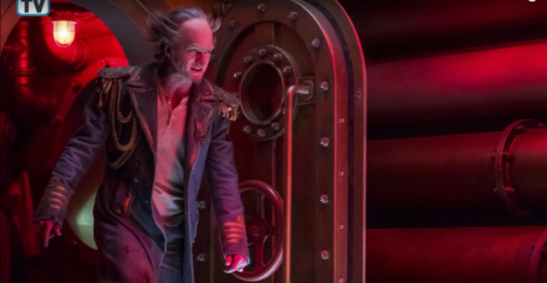 I couldn’t think of a better song than “The Point of No Return” from Phantom of the Opera in which Erik and Christine sing their duet just about the former is about the abduct the latter and take her to his lair. During this time, Christine takes a moment to remove his mask, exposing his face to the audience. In this version, I have Count Olaf announce to the Baudelaires that their friend Fiona has joined up with him and his troupe and is assigned to guard and take them to the brig on The Carmelita while Klaus begs her with the diving helmet of poisoned fungus.

“The Point of No Return” (ASOUE Version)

Past the point of no return
No backward glances
Your games of make-believe are at an end.

What raging fire shall flood the soul
What rich anger unlocks its door
What sweet catharsis lies before us?

Fiona:
I have come here
Just to guard you and say goodbye
As I’ve decided to join my brother Fernald
Reunited.
United.

I have come here,
Hardly knowing the reason why
Once they destroy the last safe place
We’ll find our stepdad
Our family reunited
Now I am here with him
No second thoughts
I’ve decided
Decided.

Past the point of no return
No going back now
Our passion-play has now come at an end.

Past all thought of right or wrong
One final question
Can you forgive me for what I’ve already done?

Klaus:
Say you’ll spare us all
Just take this helmet
Help us, save us from certain death

Say you want us
To survive
And escape
For God’s sake
Just let us all go
Fiona, that’s all I ask of you