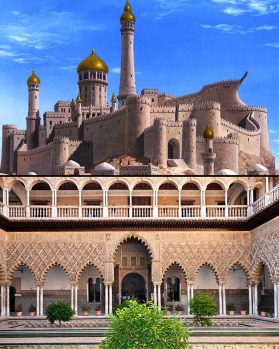 Out of the constituent regions of Westeros, Dorne is kind of a wildcard area on Game of Thrones. Unlike the rest of Westeros, the Dornish are an ethnically distinct mix of Andal and First Men with a great degree of Rhoynar refugee. As a result, their customs and society are different. For one, their leaders are known as Princes and Princesses instead of Lords and Ladies. Second, rulership is passed from parent to oldest child regardless of gender in keeping with the region’s equal inheritance laws. Third, they have a more relaxed attitude toward sex and bastards. In addition unlike the other Westeros regions, Dorne never fell to Aegon the Conqueror’s invasion and instead joined the Seven Kingdoms through a marriage alliance. So it’s no wonder the that Dornish seem rather independently-minded and have a stronger sense of “national identity” than the rest of Westeros. Once ruled by House Martell at Sunspear, the death of Prince Oberyn at the hands of the Mountain has compelled Ellaria Sand and her Sand Snakes to commit revenge upon the ruling prince and his son by killing them.

Location: South of the Stormlands and the Reach and is the southernmost region of Westeros.

Environment: The west consists of the Red Mountains and the Dornish Marches. Has rolling sand deserts in its midland. While the east is made up of semi-arid hills punctuated by river valleys. 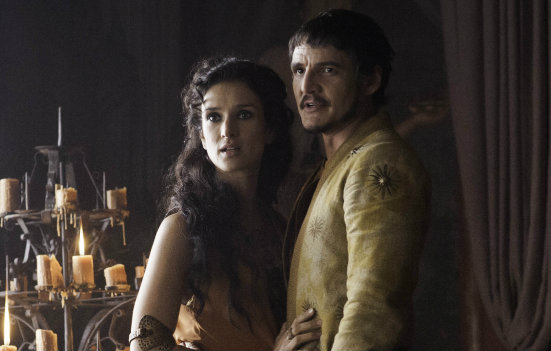 Population: The Dorne people have a mix of Andal and Rhoynar blood due to its establishment by Rhoynar refugees from Essos whose ancestral land burned under the Valyrian Freehold. Has the smallest overall population of Westeros since most of it is concentrated in the east.

Key Cities: There’s the port city of Planky Town at the mouth of the Greenblood. Only part of Westeros where citrus and spices grow. The region is also known for its wine. 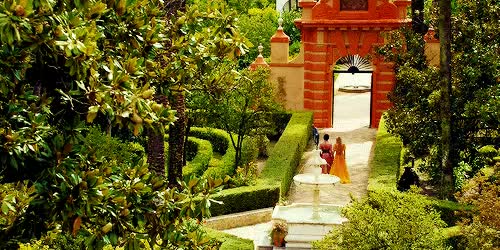 Culture: Noble bastards have the Sand surname and are treated better than those in the other kingdoms (though they can’t inherit anything). Considerably more liberal when it comes to sexuality and are more tolerant of same-sex relationships. Very independently minded and hot-blooded, the people have a greater sense of national identity than the other people of Westeros as well as taken a more isolationist path since the Sack of King’s Landing.

Religion: Worship the Faith of the Seven, but in their own variation. 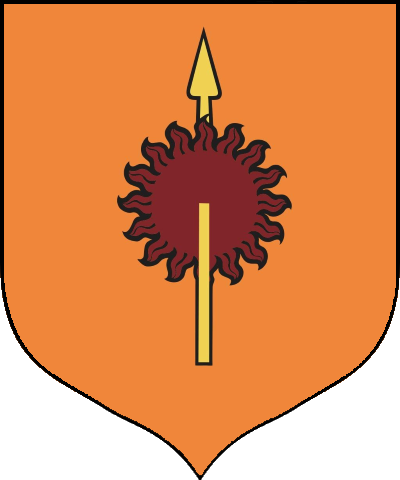 Great House: Formerly House Martell who practiced absolute primogeniture where the oldest child inherits regardless of gender. Unlike the other houses, all members are addressed as “Prince” or “Princess.” But since the recent-led Sand Snakes rebellion, all known legitimate members have been killed. So the region is under Ellaria Sand’s rule as of Season 7. But she’s in the Red Keep prison with one of the Sand Snakes after Euron Greyjoy attacked her and Yara’s fleet. So there’s a void in leadership.

History: Founded by Rhoynar refugees who intermarried with the local population of Andals and First Men. A sovereign kingdom before the Targaryen conquest, Dorne weathered the attack to retain its independence. It joined the 7 Kingdoms through a peaceful marriage alliance 2 centuries later, which allowed the region to keep many of its local customs and laws.

Current Status: Since Ellaria’s in prison, Dorne may be in a leaderless vacuum. Unless the remaining Sand Snakes take over.

Best Known for: The last of the 7 Kingdoms, Dorne was the only one to initially resist the first Targaryen conquest and remained independent until the Martell ruling family joined the Targaryens through marriage nearly a century before the War of the Five Kings. Because of this, the land remains considerably autonomous compared to the others.

Landmarks: The Martell retreat at Water Gardens is certainly worth seeing.

What to Avoid: Watch out for the Sand Snakes who are vengeful assassins. Look what happened to Hosue Martell after the Mountain smashed Oberyn’s head.

For Those Who Want to Visit: Travel through the desert is possible through overland caravan.