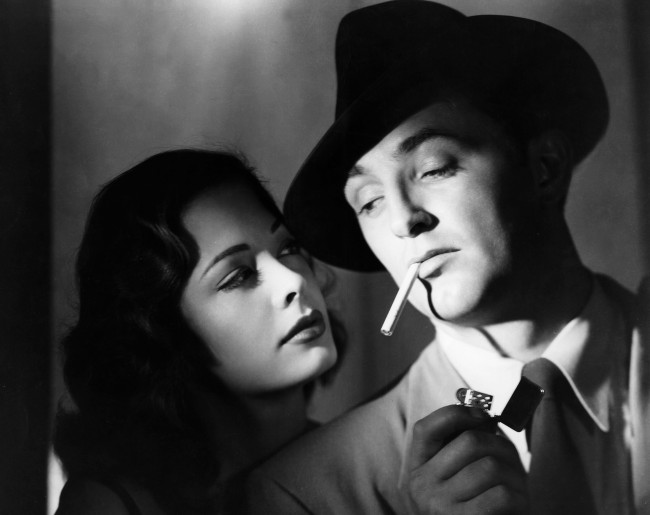 Around the 1940s and 1950s came a genre in which the lighting is low, the crime and violence are rife, and everyone is trying to use you or kill you. Oh, and the atmosphere is very pessimistic and everyone basically smokes or drinks and lives in the city. In short, you have film noir in which is part crime drama as well as thriller and emphasizes the cynical attitudes and motivations. Sometimes you even have a horror element since many villains tend to do really horrific things, but they’re mostly gangsters for hire. Still, you got plenty of dead bodies and shooting since, well, this is a pretty dark film genre and let’s just say, you’re going to need some guidance if you want to get out alive. And this is the place where I’m going to lay it you straight.

1. Keep it in your pants. (I can never stress this enough since a lot of trouble can be avoided this way. Then again, it also depends who you sleep with. Still, keeping it in your pants will not only save yourself but also the lives of those around you.)

3. If you’re a woman, dress as plain or frumpy as possible. The more unattractive you look the better. (Film noir is one of the few genres where being an unattractive woman is actually an asset. Sure you may not get a lot of guys ogling at you but at least you’ll live for the most part. Unattractive men, not so much.)

4. Be in a happy marriage with a loving and faithful spouse, a healthy relationship with your family, stable finances, a squeaky clean record, and with no connections to law enforcement or an organized crime syndicate. (Many problems in film noir usually stem from bad relationships with spouses and family, money problems, criminal past, or connections to law enforcement or organized crime.)

6. Don’t shoot anyone unless you really have to like if someone is pointing a gun at you. (Committing first-degree murder will result in lower survival odds or the clink. Self-defense may not have much better odds.)

8. Remember, don’t put a lot of trust in other people, especially strangers. Rather don’t trust anybody until their true character alignment is known. (For even those you trust can easily stab you in the back both figuratively and literally.)

9. If you’re a man, stay away from seemingly wholesome mysterious women who may need your help. (They have something to hide and aren’t really so wholesome once you get to know them. And they’re certainly not helpless either.)

10. Avoid nightclubs, warehouses, bars, gambling dens, and juke joints. (They may be run by an organized crime syndicate and are dens of nothing but trouble. That or the bad guys just hang out there, but you still might want to avoid them.)

11. Don’t be a henchman. (It’s film noir’s equivalent to a redshirt since they may have to take it from both sides. Not only do they have to worry about being killed by the good guy but the bad guy may have them take the fall or for other purposes.)

12. If you’re falsely accused of a crime, get away as far as you can and don’t expect justice to prevail. (Because sometimes it doesn’t and you may end up getting killed eventually.)

13. Don’t plan to kill anyone. (Because if you follow through with it, your days will be numbered. And let’s just say, you may be subject to the death penalty. Still, one way or another, it will catch up with you.)

14. If you have any information critical to the plot, tell the anti-hero or at least someone with a good character alignment. (Because you may simply be killed if you tell anyone else who may kill for it, even the cops. I mean you can’t trust anyone in film noir.)

15. Don’t do any job for a large sum of money. (You won’t have any opportunity to spend it.)

16. If someone tells you to get out of town, just do it and don’t look back. (I don’t care what’s on your conscience or if you’re emotionally invested in something, just get the hell out of there because something bad will happen.)

17. It helps if you’re not only the protagonist but also the voice-over narrator. (Well, assuming that these sequences aren’t flashbacks.)

18. Always travel with a buddy and only during the day. (Because you’re more likely to get shot during nighttime and alone.)

21. If you’re a guy, don’t get involved in schemes involving a beautiful unhappily married woman wanting to kill her husband in hopes of attaining some degree of material gain. (Because even if you succeed, you and the woman will eventually end up dead by the end.)

22. If you’re a male private investigator, if an attractive woman asks you for help or protection, turn her down. (People may die if you accept.)

23. Expect betrayal. (Especially if you’re low on the totem pole and don’t have a lot of lines.)

24. If you’re a drifter, if you’re just passing through some place, just pass through. (If you stay awhile, something bad will happen.)

25. Remember that the good guys aren’t really that good but the bad guys may be especially evil.