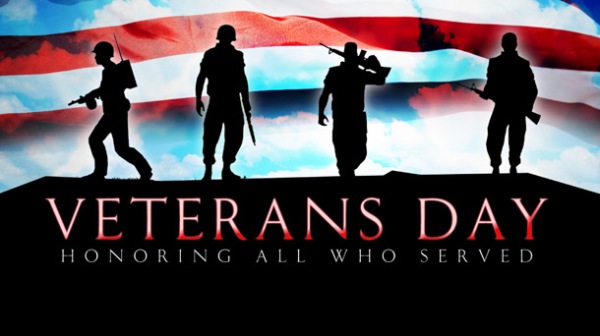 Now I’m not a person who believes in war as a way to solve our problems nor do I advocate the use of arms in anything other than defense and only as a last resort. However, despite my pacifist leanings, I do believe that anyone who serves our country in the armed forces deserves respect and honor for their sacrifice. These men and women have given their time, energies, and even lives for this nation and its ideals. And I think many of these veterans bring out the best of what it means to be an American since they fought in our wars at great cost to themselves as well as in a time of peace. Many of them spent long stretches away from their families so many miles from home. Some of them got wounded in the line of fire while many came home never the same again. Some came home after losing a limb while a few of their comrades did not. Some answered the call of duty willingly while others did so under conscription, sometimes against their will. Some fought in glorious wars with the country behind them while others participated conflicts in which American involvement didn’t settle well with the American public. Yet, despite everything, these veterans served our country and did what many of us would not and all for the ideals we all hold sacred.

Now who just are these brave Americans who gave so much for this country? Well, here I give these findings courtesy of Infoplease which people don’t use very much. Yet, it does have the most recent veteran census I can go by. Most statistics are dated to 2012 estimates unless otherwise stated.

There are 21.2 million military veterans in the United States.

1.6 million of them are female.

26.7% of them have at least a bachelors degree while 29.2% have just a high school diploma.

Own 9% of all US businesses generating $1.2 trillion and employing 5.8 million.

It is said that 19% of them might have a traumatic brain injury and that 7% of them have that and PTSD.

As for US veterans as a whole, the rate for PTSD is unknown since the statistics are fuzzy since some may be diagnosed sooner than others. And many have struggled with PTSD for years, including veterans. Half of those with PTSD never seek treatment. Half of those who do, only get the “minimally adequate” variety. It’s estimated that 45% of veterans have experienced PTSD, 46% have experienced anxiety, and 28% have experienced depression. Nevertheless, veterans with PTSD are more likely to get divorced, have more relationship and parenting problems, and poorer family adjustment than those without it. They are also more likely to have more family violence.

According to 2009 statistics, there are sometimes 529,000 to 840,000 homeless veterans sometime during the year comprising 26% of the homeless population and 33% of homeless males. 300,000 veterans are said to live on the streets or in shelters in the US on any given night. They are more likely than other Americans to become chronically homeless and women veterans are four times more at risk than their male counterparts. As of 2007, more than 1.5 million veterans are at risk of homelessness.

As of 2007, 140,000 veterans are said to be held in state and federal prison. 127,500 for state and 12,500 for federal and reported longer sentences. 57% were said to be serving for violent crimes and 1 in 4 prison veterans is said to be a sex offender. Veteran violent offenders in state prisons were more likely to have victimized females and minors (perhaps mostly meaning their spouses and children). And a third of veterans in state prison had maximum sentences of at least 20 years, life, or the death penalty.

As of 2009, 23-29% of female veterans seeking VA medical care have reported experiences of sexual assault. 40% of homeless female veterans said they were sexually assaulted while in the military.

Because the standard policy of Don’t Ask, Don’t Tell in the US military until recently, it’s unknown as to how many US veterans are LGBT though there have been LGBT veterans throughout all of American history. Still, LGBT veterans include Rock Hudson, Harvey Milk, Gore Vidal, George Cukor, William S. Burroughs, and Frank O’Hara.

1.3 million veterans and 948,000 are said to go without health insurance or don’t use VA care.

1/6 of military veterans are said to have an active duty related disability they can’t get the VA to recognize.