Second, we venture to the Westerlands, home of the Great House we love to hate, the Lannisters (though with the exception of Tyrion). Thanks to their hills being filled with mines of gold and other precious metals, they’re said to be the wealthiest family in Westeros while their bannermen are also said to have plenty of wealth. So they can amass a large army. But the mines eventually run dry that the Tyrells had to pay half the wedding bill and the family’s taking loans from the Iron Bank. Nonetheless, while we see a lot of the Lannisters on Game of Thrones, we don’t see much of the Westerlands. But while it’s small in size, it’s densely populated. As of Season 7, the Lannisters are the most powerful family in Westeros. But we must acknowledge that power is fleeting when you play the game of thrones as Tyrion managed to capture Casterly Rock for Daenerys.

Location: West of the Riverlands. North of the Reach.

Size: One of the smaller regions of the 7 Kingdoms.

Environment: Surrounded by natural defenses like thick forests, low mountains and hills, and the sea at the region’s back. Home to wild mountain lions. 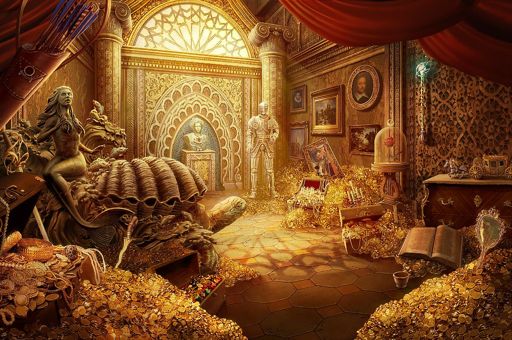 Resources: Its mountains are home to mines of gold, silver, iron, and other precious metals that have made the Lannisters and their vassals immensely wealthy. Though as of Season 7, these mines have already run dry after the War of the Five Kings (or at least the ones owned by the Lannisters). Since they’ve had to secure a marriage alliance with the Tyrells who footed half the wedding bill and have taken tremendous loans at the Iron Bank of Bravos.

Population: Has one of the larger populations of Westeros.

Key Cities: The port town of Lannisport is the Westerlands’ largest city and main source of trade. A notable village is Oxcross.

Religion: Worship the Faith of the Seven.

Great House: House Lannister, considered the richest family in Westeros (though the real richest family on the continent is most likely the Tyrells. Nonetheless, the Lannisters are definitely the most powerful by a longshot). Yet, after the War of the Five Kings, their mines have run dry. Since they’ve had to take tremendous loans from the Iron Bank of Bravos while they secured a marriage alliance for House Tyrell who footed half of the royal wedding bill. While the death of Tywin has put the family in a delicate position while Tyrion’s exile has left no suitable heir for Lord Paramount and Warden of the West. Also has a reputation for incest.

History: Legend states that Lannister patriarch, Lann the Clever successfully swindled House Casterly out of their castle of Casterly Rock. Was known as the Kingdom of the Rock before the Targaryen Conquest. 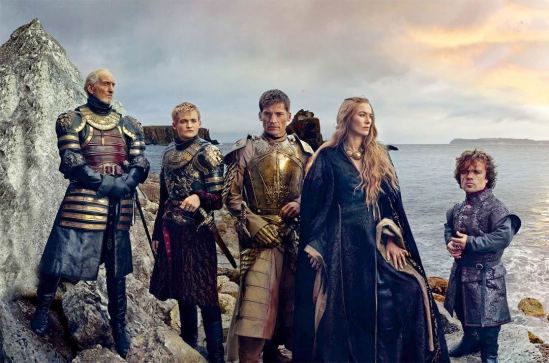 Current Status: For the first time in history, Casterly Rock has fallen to a foe. Utilizing a secret passageway constructed by Tyrion Lannister, Daenerys’ Unsullied armies infiltrated and captured the castle. Whil the Lannisters have deliberately left Casterly Rock underdefended so they can focus more on capturing Highgarden, which they did. But Daenerys’ forces smashed the Lannisters in the Battle of Goldroad so they’re in charge of the capital. But the Lannisters still rule the rest of the place.

Best Known for: Said to be the richest of the Seven Kingdoms. Also has the best equipped army in the realm with heavily-armored soldiers and cavalry.

Landmarks: The ruins of Castamere which was owned by House Reyne. Until Tywin Lannister suppressed a rebellion and destroyed the castle. Another is the ruins of Tarbeck Hall raised when they joined the Reynes.

What to Avoid: When you hear “The Reynes of Castamere” head for the hills since it means the Lannisters will send their regards. Also, don’t piss off the Lannisters. Not to mention, you might want to beware of lions in the mountains.

For Those Who Want to Visit: Know that the saying “A Lannister always pays his debts,” can also be about seeking revenge. So be nice to them (though that may not mean they’ll be nice to you). Can be accessed through the Riverlands from the Golden Tooth. Possesses a number of navigable rivers as well. 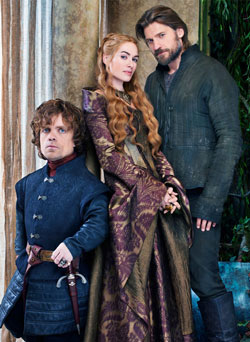