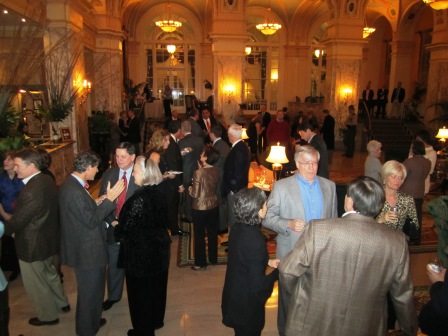 Inside the lobby, it doesn’t take long for the hotel guests and staff identify the Baudelaires as murderers since the Daily Punctilio has painted them as such for quite some time. But the crowd is as divided as it is chaotic. So Justice Strauss has to show up to sort things out. However, the two other judges have to arrive and she’s confident they’ll come up with the right verdict. So in the meantime, Count Olaf and the Baudelaires will be confined to a couple of rooms until then, for their own safety and from causing. A significant faction thinks the children are on a killing spree while you trust Olaf with anything. The kids are sent to 121 which is basically a closet while Olaf is sent to 165. Oh, and they don’t have attorneys to consult with in the meantime.  Seriously, how could there not be lawyers in the entire hotel? But at least Strauss is on their side since Count Olaf is her neighbor while she was acquainted with the Baudelaires while they lived with him as their guardian. 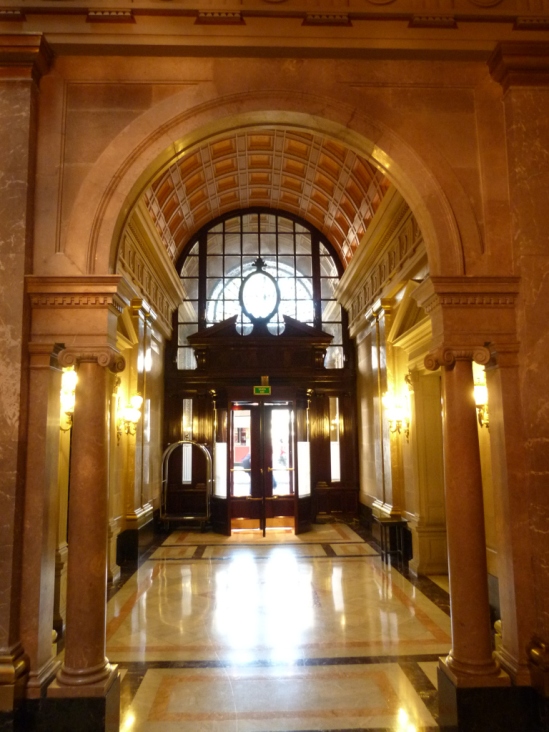 The song I went with here is “The Arrest” from Jesus Christ Superstar which depicts Judas’s betrayal with a kiss, Jesus’s arrest by the Romans in the advent of his crucifixion, and initial interrogation by the Sanhedrin who can get nothing from him. In this version, I have Justice Strauss try to quell the crowds and explain the situation to the Baudelaires.

Mr. Poe:
There they are, the Baudelaires, the kids

Violet:
Mr. Poe, you should know our innocence

Guests and Staff:
What’s the buzz? Tell me what’s happening
Hang on kids, we’re gonna fight for you

Violet:
Why’re you here for?
Don’t you know it’s almost morning?
Not sure which side you’re on
Why are you obsessed with fighting?
Please just hear us from now on

Crowd:
Tell me, kids, how you feel tonight
Do you plan to put up a fight?
Do you feel that you’ve had the breaks?
What would you say were your big mistakes?
Are you nice or just child killers?
Are vicious thugs or noble volunteers?
How do you view your coming trial?
Have your crimes proved at all worthwhile?

Justice Strauss:
Come with me sort this all out
We’ll just need two more judges’ help
Don’t be sad, know I’m on your side
And we’ll try Count Olaf, too

Crowd:
Come on, kids, this is not like you
Let us know what you’re gonna do
You know what your supporters feel
You’ll escape in the final reel
Tell me, kids, how you feel tonight
Do you plan to put up the fight?
Do you feel that you’ve had the breaks?
What would you say were your big mistakes?

Justice Strauss:
Come with me to Room 121
You’ll be safe from great harm, I swear
Manager, please take them away
Take them there to await their trial

Justice Strauss:
Children, you must realize
The serious charges facing you
You say you’re all innocent
In all your handouts – well, is it true?

Klaus:
That’s what you say – you say that we are

Justice Strauss:
While we’re at it, gentlemen
We’ll lock Count Olaf in Room 165
I’m sure he’ll have his trial
Stay a while and we’ll see him bleed