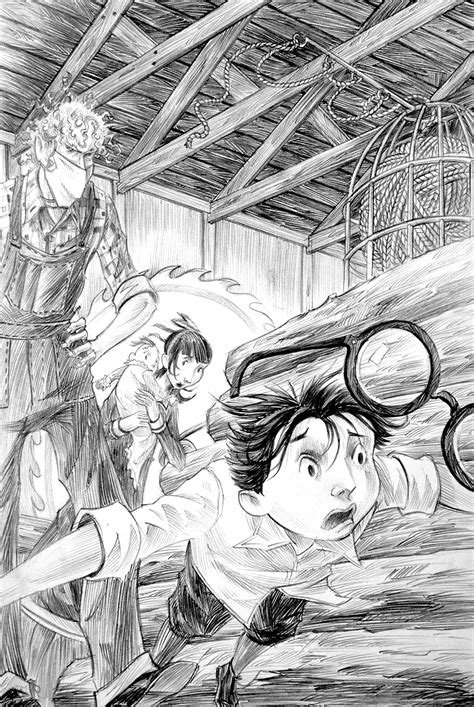 At the lumbermill, Foreman Flacutono who may not be Count Olaf. But even the workers think he’s a terrible boss, which says something. I mean he wakes the mill up by banging pans. However, he’s quite terrible to the Baudelaires as they moved through tasks in the mill less suitable for children than the last. Until Flacutono sticks his foot out and trips Klaus over it, breaking his glasses. Sure the foreman denied it, but that doesn’t change how the consequences of his actions are incredibly serious for Klaus. He’s led to Dr. Orwell’s office which resembles an eye that appears on Count Olaf’s ankle. What can go wrong here? 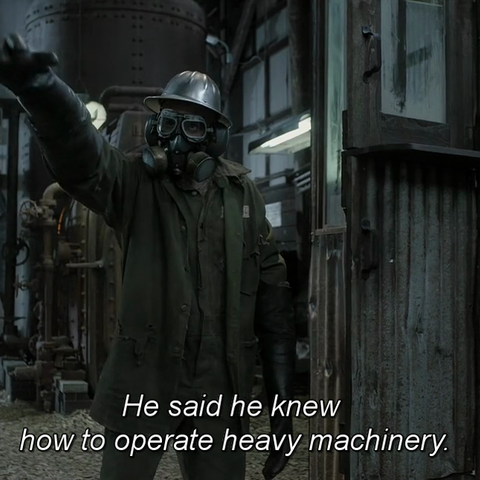 The song I chose for him is the old blues song, “Hard Time Killing Floor Blues,” written by legend Skip James in the early 1930s which is in the O Brother, Where Art Thou? soundtrack. The original version is about the instability of poverty which often means having to move from job to job and home to home. And it pertains to working in a slaughterhouse where blacks in Illinois often had the worst jobs, especially if they moved up from the South. Anyway, by the time this song came out in 1931, it was the Great Depression. And due to poor sales of his 1931 album, James all but vanished to become a preacher for 30 years until his 1960s rediscovery. In this version, I have Flacutono sings about tripping Klaus but also how bad his time in the mill is since he’s not getting any shit but coupons.

Better watch your step wherever you go
I didn’t trip you, don’t blame me for your fall

Did your glasses break? You can’t see a soul
Just go down to Dr.Orwell, she’ll fix them so

Her office is the one, it’s shaped like an eye
Why that so, I really don’t have any idea why

And you say you had money, you better be sure
‘Cause these hard times will drive you from door to door