As you might be aware, The Hunger Games isn’t about a lot of nice stuff since it pertains to a dystopian society in which their biggest annual televised event pertains to children fighting to the death. Normally such gloomy material usually doesn’t translate well into a  light weight musical. But it doesn’t seem to stop some fans on Youtube from trying. Not to mention, there are plenty of musicals that don’t deal with nice stuff like Phantom of the Opera, Les Miserables, Jesus Christ Superstar, and others. And before we had musicals, we had opera with lyrics containing about as much sex and violence as gangster rap. Nevertheless, I thought it would be a good idea to have fun with the Hunger Games through the art of musical parody. After all, fans tend to do such stuff all the time as I’ve seen online whether it be Star Wars, Harry Potter, Dr. Who, Hobbit and Lord of the Rings, Breaking Bad, and other franchises. Not to mention, parody tends to be a sincerest form of flattery. 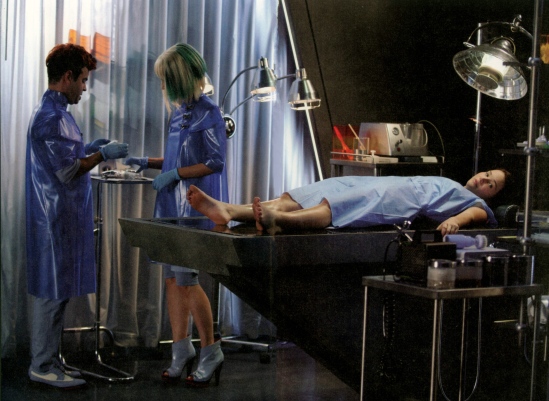 Note: These songs are parodies. And no, I don’t have permission. But screw them since I think it’s funny. But feel free to make videos of these if you wish, but for God’s sake just give me credit. Some of the lyrics might not be original since I usually copy and paste them before I add my own additions. And I sometimes leave them in if I think it might go well with the song. Nevertheless, the songs chronology won’t be conforming to the sequence of events in the books. 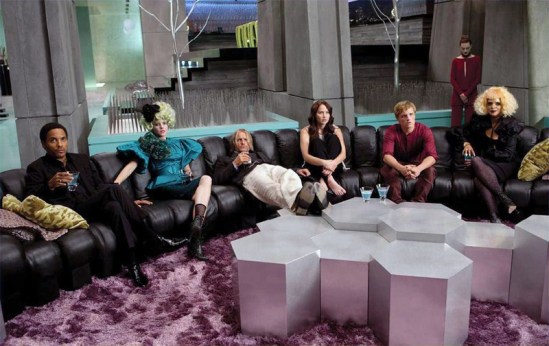 Now this number is set in the first book when Katniss and Peeta first arrive to the Capitol as tributes for the 74th Hunger Games. I thought an appropriate song for this part would be a Hunger Games spoof of “Be Our Guest.” Of course, it’s a pretty upbeat song. But still, you have to understand that Belle is being held hostage in a castle with a ferocious Beast everyone wants her to date as well as his singing inanimate object staff. All because the staff don’t want to stay inanimate objects forever and the Beast needs a girlfriend for that to happen (and they’re running our of time). And since the Beast can’t venture out of the castle without being chased by a mob of torches and pitchforks, kidnapping a village girl (or her dad) might be the only option available. Still, it’s not nearly as bad as being a teenager whisked away from home to the Capitol and being forced to fight to the death on national television. But Effie Trinket and many in the Capitol seem to have rather sunny dispositions about it since Capitol residents see the Hunger Games as a form entertainment like a reality show with a very sick premise.

“Be Our Guest” (Hunger Games Edition)

It is with deepest pride and greatest pleasure

That we welcome you tonight.

And now, we invite you to relax,

Let us pull up a chair

As the Capitol proudly presents –

Please don’t be so depressed

It’s an honor to be a tribute

For our teenage slaughter fest

Why, you’re only here to fight

Make the most of

So you won’t be

After all, Katniss, you need waxed!

Come in and welcome tributes

Settle in and then you’ll

Before you’ll soon be forced to slay

Be prepared and dressed with flair

For the televised parade!

But the arena’s all prepared

No one’s gloomy or complaining

While the murder’s entertaining

Meet your peers and future kills

And it’s all in perfect taste

That you can bet

Come on and lift your glass

Before you’ll have to kiss your ass

To be our guest

For the teen carnival of death!

Life is so unnerving

For a victor’s who’s mentoring

Two more tributes without a chance to take upon

And now all those kids I’ve trained are gone

Before they’re in the arena and promptly killed!

Most days I just lay about in liquor

You walked in, and I’ve gone crazy!

Clothes designed and thank the Lord

I’ve had the fabrics freshly pressed

And my dear that’s fine with me

While the tributes do their training

I’ll be stitching, I’ll be sewing

Heaven’s sakes! Is that a spot?

We want the Capitol impressed

For you, our guests!

Our command is Snow’s request

You’ve been reaped to entertain us

At our televised blood fest.

And happy Hunger Games by the score

Give us violence that we’ll savor

And may the odds

Be ever in your favor!

Then we’ll crown the sole survivor our next champ

Soon it’s to the arena

And we’ll hope to see ya

Please, be our guest!

One response to “The Hunger Games: The Musical – “Be Our Guest””