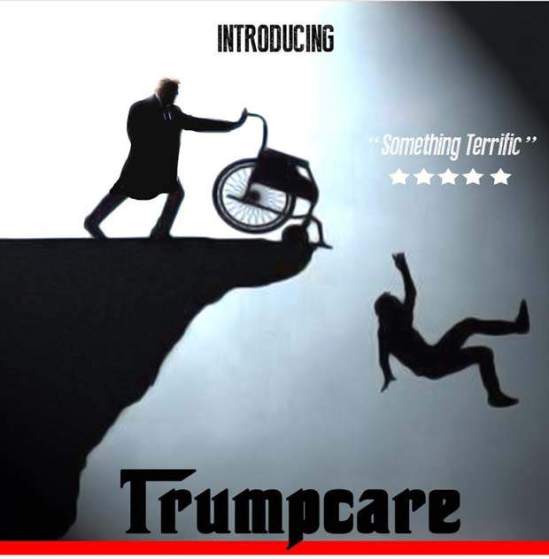 As Donald Trump’s Russian investigation circus dominates the headlines and airwaves, Senate Republicans are secretly working on their bill to repeal and replace the Affordable Care Act also known as Obamacare. So far on what we heard, it’s said to be quite similar to the dreaded American Healthcare Act that passed in the US House of Representatives back in early May save for a seven-year Medicaid expansion phase out. But it’s possible that the US Senate can vote on this bill before the 4th of July recess. Though we may not know what’s in the GOP Senate bill, we need to understand that the Republicans’ vision on healthcare is fundamentally unpopular and has more to do with implementing a massive tax cut for their rich donors and their free market ideology into federal policy. They GOP establishment doesn’t think it’s the government’s job to make sure everyone has healthcare and that publicly funded healthcare expands government power. And they’re keeping their bill a secret in order to keep their healthcare vision pure. But whatever their healthcare bill is, it’s clear it would likely lead to fewer Americans having health insurance and billions being cut from Medicaid. Should the Senate GOP come to a vote in the coming weeks, then resisting such travesty can’t be more important than now. And it’s paramount that Americans speak up against the GOP effort to repeal Obamacare before it’s too late since healthcare touches all our lives.

As a Catholic and a liberal, I’ve always believed that for-profit health insurance is inherently wrong since it makes money on people’s misery and discriminates against the old, sick, disabled, and poor. Nobody should be denied healthcare for any reason. I passionately believe that healthcare is a fundamental right that nobody can take away. As someone on the autism spectrum who’s on Medicaid, I consider such service a godsend and liberating. I’m not ashamed for relying on Medicaid since it government medical assistance has greatly helped me throughout my life. And I’m perfectly fine with my tax dollars paying for other people’s medical treatments, especially if they’re much more disadvantaged than me. Though finding a decent dentist who takes my plan is a pain in the ass, it at least provides the healthcare access I need so finding a job with health benefits isn’t a matter of life and death. If my job doesn’t provide health benefits, then I can purchase a subsidized plan on the individual market thanks to the Obamacare exchanges and the Medicaid expansion. And thanks to Obamacare, I won’t have to worry about lifetime caps or my autism being a preexisting condition. Still, while I don’t think Obamacare goes far enough and would prefer a single payer US healthcare policy, I strongly think that it’s a step in the right direction and improves healthcare access drastically. To repeal and replace it with a healthcare plan that takes healthcare away from people who benefit from Obamacare like myself is malicious and cruel. To me healthcare isn’t about government, money, or whether we should pay for other people’s treatment. It’s an issue of human dignity as well as a matter life and death. The idea of the GOP healthcare becoming law scares the hell out of me. And I’m very afraid I’ll lose my Medicaid and may never be able to get health insurance that’s just as good, or at all. I shouldn’t have to lose my healthcare just so some rich guy can have a massive tax cut he doesn’t even need. Nor should anyone else. I strongly wish the Republicans give up trying to repeal Obamacare once and for all because politicians, corporations, and employers shouldn’t decide who should have access to healthcare. If someone gets sick or injured, they should receive the best care they need without breaking the bank. And I don’t care who that person is, whether they can afford it or who has to pay for their treatment. Because if their life depends on receiving care, then nothing else should matter. And I think it’s an appalling shame that too many people in this country don’t agree with me on that. 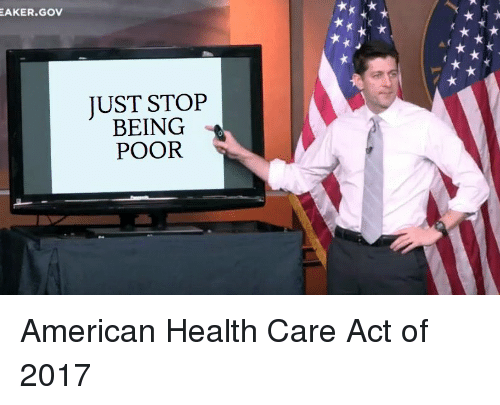 Here is a list of reasons why we need to stop the Republicans from repealing Obamacare and replacing it with a cruel substitute that nobody wants.