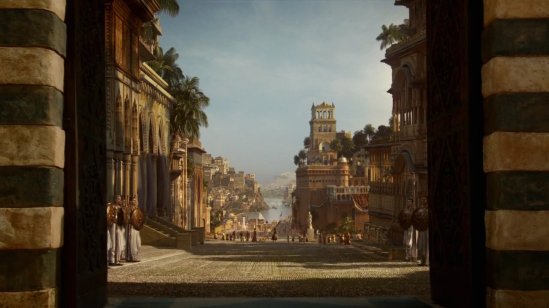 Finally, we go to the eastern trading hub of Qarth, a mercantile city that boasts one of the greatest ports in the world. Separated from land-based travel from the Red Waste, the Qartheen use their strategic position to conduct brisk maritime trade with merchants of every land between Westeros and Asshai. Defended by immense stone walls and strong gates, the Qartheen tend to be kind of snobbish to travelers. Specifically, they have a reputation of barring entry to those who don’t meet their approval. And due to Qarth’s isolation entry denial often spells doom for travelers since their bones are often found around their walls. Fortunately, Daenerys isn’t one of these unwelcome visitors. Though she does lose her cool when someone steals her dragons from her at the Warlock-ruled House of the Undying. 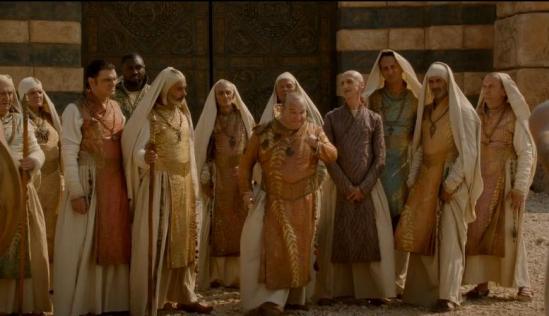 Location: South of the Red Waste and in a narrow strait between the 2 continents of Westeros and Essos.

Capital: The Hall of a Thousand Thrones

Resources: It’s more of a trading center of exotic goods than anything else.

Population: It’s possibly one of the most populous cities in the world whose inhabitants call “the Greatest City that Ever Was or Will Be.”

Culture: The society is built on skill of business and trade. Ruled by a council of merchants called the Thirteen. Merchants who aren’t Pureborn and The Qartheen look down on foreigners and close doors to let anyone they don’t like die in the Red Waste. People are known to wear extravagant outfits to show off their fabulous wealth.

History: An independent city state once ruled by the Kings of Qarth before they were deposed. Later ruled by The Thirteen, a council of Pureborn nobles and merchants. Any non-Pureborn member of the Thirteen must appear wealthy and powerful before the other members or else be quickly removed and replaced.

Current Status: All of its leaders are dead as of Season 2, which would be detrimental to its economy. We don’t know what’s happened to the city since.

Best Known for: Its port is one of the greatest in the world, which opens to trading centers further east. Defended by immense stone walls and strong gates.

Landmarks: There’s the Hall of a Thousand Thrones and the House of the Undying.

What to Avoid: Stay out of the grounds round the city called the Garden of Bones, where unfortunates are said to die. Also, don’t mess with the magic using Warlocks who sport blue lips and rely on shade of the evening.

For Those Who Want to Visit: Don’t be surprised if people close their doors to you. But you’ll probably be staying at an inn, anyway. If there’s an inn available.