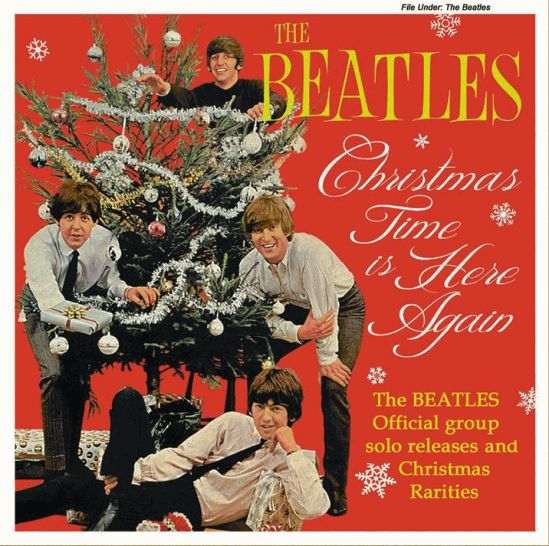 Of course, we can’t have Christmas without all that annoying Christmas music you want to shut yourself away from and can’t avoid. Seriously, even before Thanksgiving, you find it everywhere. But after Thanksgiving, Christmas music is turned up to overdrive. And yes, it’s annoying and will make your ears bleed if you’ve ever had to work in retail. Still, you don’t have to be the artists who recorded them. Since they have to do these while on their summer vacations. Anyway, while some of these covers may be stunning like this Beatles one above, a lot of these aren’t that memorable. In fact, some of them are kind of tacky and in poor taste. Others haven’t aged well and can be rather unintentionally funny. So for your reading pleasure, I give you another assortment of crazy vintage Christmas album covers. Enjoy.

Why is that one head smiling? The woman’s like she’s ready to mount them on her wall with her hunting trophies.

For nothing says Christmas like a blond woman holding 2 disembodied heads. 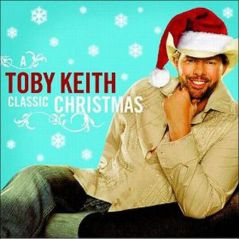 Yet, I have no idea why he’s wearing a Santa hat over his cowboy hat. I mean make up your mind already. Also, it’s clearly photoshopped.

Though I’d rather have them clean my house. Also, are those reindeer or horses?

Give him some Jack Daniels whiskey and sandwiches instead. Maybe a few bottles of the former.

Sorry, kids, but Santa’s through milk and cookies this year.

Yet, they must use really good bleach because their outfits stand out more than anything else. Also, clearly photoshopped.

These guys must be dreaming of a white Christmas.

Santa sits back on a plastic chair like he’s drunk off his ass. Also, that chair can’t be very comfortable.

Cause even Santa needs a break now and then.

Sure, it would’ve been a decent cover if it wasn’t for the title. Also, the snowman’s face just says it all.

When you want to spice up the holiday season with some existential dread.

Seriously, why do they have a woman in a sleazy Santa outfit? Now the guys are really anticipating their Christmas lap dance.

For the guy who wants to hold his bachelor party during the holidays.

Seriously, these guys seem like they’re just doing the album for the money. And that they’d rather be somewhere else like on vacation.

For the J and K pop band who needs a few extra bucks.

Also, what the hell is that black girl doing here? Does she have a black parent taking the picture? Was she adopted? Or is she there just to bring some mandatory diversity among the kids? Seriously, her appearance needs some context.

Brought to you by one of the guys from Goodfellas. 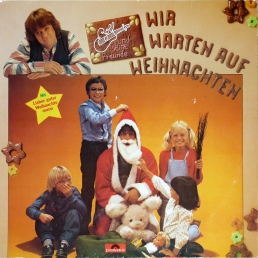 This guy doesn’t seem to like being Santa. Maybe he should throw a toy at the kids. Can start with that plush bunny.

When you have to work as a mall Santa around kids with no consideration for your personal space.

What the hell is that woman wearing? The cape over the sleeveless outfit doesn’t make much sense to me.

When St. Nick likes what he sees.

Yes, these dolls were very popular during the 1980s and 1990s. And no, I have no idea why they’re in the winter cold only wearing sweaters.

Apparently, these dolls can sing.

I mean frogs wouldn’t be out during the winter since they’re cold blooded. And they wouldn’t be rolling snowballs without a coat on either.

Well, this frog is sure damn crazy.

After all, these guys have devil ears and pitchforks. While the woman between them doesn’t have much on.

You can tell something went naughty at this party.

He seems to have a lot of cans of it, too. Wonder if he’s planning to enter an eating contest.

When you just have to help yourself to some yuletide sausage. 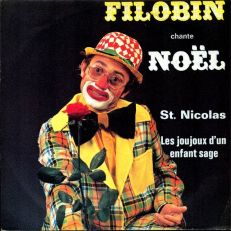 Kind of reminds me of Pennywise’s accountant. And ladies, please, don’t take his rose or he will kill you. Mark my words.

Ladies and Gentlemen, I give you a singing Christmas clown. 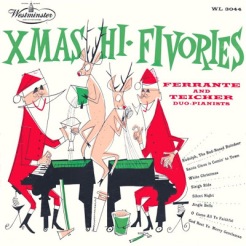 Though I’m not sure if they know what they’re doing. Also, what’s in that one reindeer’s bucket? It better not be water.

You can see how Santa eyes the woman with a pervy stare. I’m sure Mrs. Claus won’t be happy about this.

20. King Diamond: No Presents for Christmas

And apparently, the reindeer doesn’t seem to appreciate it. Least of all posing with a guy from a KISS cover band.

Don’t forget to decorate your reindeer this Christmas.

Since the text seems to run into her picture. For God’s sake, you can barely see the title.

Sometimes the font seemed like a good idea at the time.

Yeah, her face just seems like she’s smiling but has feelings of anxiety and annoyance inside. And she’s getting impatient.

When you pose for an album that you do because you’re under contract.

Yet, the dancers are shown in yellow light with some dark shadows. While the woman’s dress opens quite high on her thigh.

Christmas time is always great for a mambo.

And yes, some guys are dancing to it. Still, I don’t get the Christmas disco craze. Seriously, why?

For when your Christmas can’t get more 1970s. 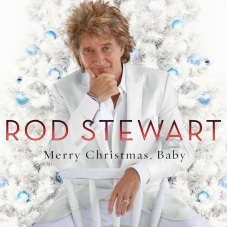 Still, the album image and title might appeal to Boomers, I don’t consider Rod Stewart as sexy at any rate. For God’s sake he sounds like he has throat cancer.

For when you record a Christmas album to prove you still got it. 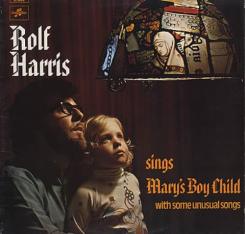 Sure dad and child look at the nativity lamp. But I’m sure if I’d trust the guy with that kid. Kind of seems creepy.

Of course, you can’t forget the reason for the season.

Girl seems freaked out by the fact. Still, that reindeer in this cover looks incredibly terrifying for some reason.

So does make Rudolph having to function as a normal reindeer?

Well, they’re bodies and heads seem quite close together that it’s freakish. Also, their eyes are rather funny.

Brought to you by a freaks 3 headed Santa.

Yes, there’s a group called Shonen Knife. There are even lyrics for “Space Christmas,” which I really don’t want to listen to.

One of the accordion players is alleged to be the father of Weird Al Yankovic. But as of now, that theory is inconclusive. Still, one accordion is enough, okay?

For an artist as legendary as James Brown, you’d think he’d have the best album cover designer. This seems more straight out of some software printshop program from the 2000s. 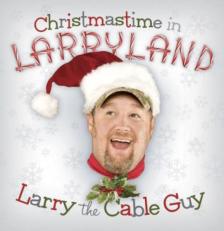 And he’s wearing a Santa hat over a camo hat. Still, the smiling disembodied head just freaks me out. 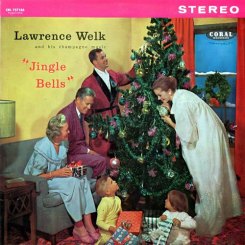 After all, the parents are in their pajamas and giving the ornaments a shine. And I thought I had a problem with procrastination.

Apparently, this family was quite late decorating their Christmas tree. 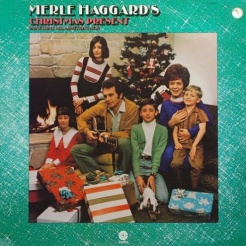 One daughter has a wide collar on her red dress. One seems dressed like Waldo in coveralls. While a boy’s got stripes on a real tacky brown shirt.

Here with his guitar and embarrassed that he’s one of the only member of his family normally dressed.

The dad’s touching the boy’s shoulder and I’m not sure whether it’s appropriate. Probably is. Also, I don’t think the mom should hold the candle that way.

The family that sings carols together stays together.

Actually, people would rather you not. Since they’d rather get drunk, eat, socialize, or open presents. Mostly the last one.

I’m sure everyone wants to hear your sax solo at the Christmas party.

I’m sure that’s just a coincidence. Still, the outfit and hair are so 1970s. Also, he got involved in a sexual misconduct charge involving minors.

Is it just me or does he remind me of Dewey Cox from Walk Hard? 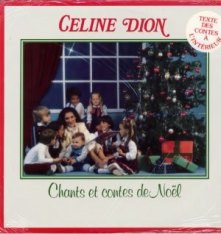 Yet, you’d almost think the kids surrounding her are ready to crush her. Wonder if she can get out of there in one piece.

Guess this was for a French Candian audience. 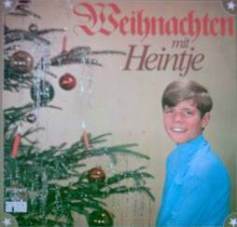 Though the cover’s clearly photoshopped. Also, his eyes kind of reveal that he doesn’t want to be there.

Well, some kid took his beard. Still, doesn’t seem too fazed over it. Maybe French kids think about Santa differently. But the teddy bear thinks otherwise. 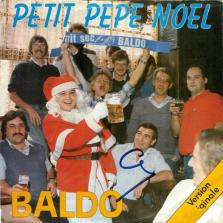 Yet, there’s one guy who seems rather excited by the upcoming Christmas bar drinking. The other guys play it cool.

“Christmas beer for everyone.” 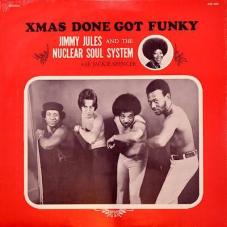 Not sure if that’s a good idea. This is especially if the only white guy bears a slight resemblance to Steve Buscemi.

Apparently, they decided to go shirtless for the cover.

Since all the women and girls in this obviously have their hair styled in some unnatural way. Kind of reminds me of pictures you’d see on Awkward Family Photos.

Brought to you by copious amounts of hairspray.

44. Jimmy Sturr and His Orchestra: “Polka Christmas” in My Home Town

He also wears a black shirt with a pink sweater. And he doesn’t care the least. Nor does he mind the godawful upholstery.

Here Jimmy spends Christmas all by himself being the true loner he is.

The lollipops look like they’re eaten. While the snowmen have no personality. 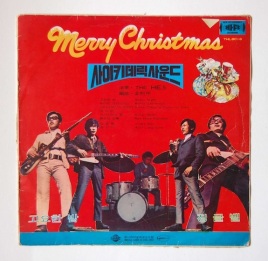 The red background doesn’t do any wonders for them. Also what are those ball gift things?

When you want to look cool for the holidays but fail.

47. We Wish You a Merry Christmas

Apparently some are wearing leis. Did they do this photo op while on a Hawaii vacation? Or did some wear whatever they had on at the time?

Featuring all the artists who were under Warner Brothers contracts. 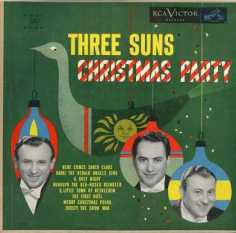 Even the illustrated bird is like, “what the hell, man.” Yeah, it’s quite strange looking isn’t it?

And one that seems to go with formal attire in ornaments.

You know the guy who thinks he’s such a great musician but will never leave. Because the music industry is a cutthroat business that only values looks.

Featuring music by that guy you know in accounting.

One guy sits on a throne with Jack Daniels and a cigar. While the other guys are behind sacks. Or are they in them?